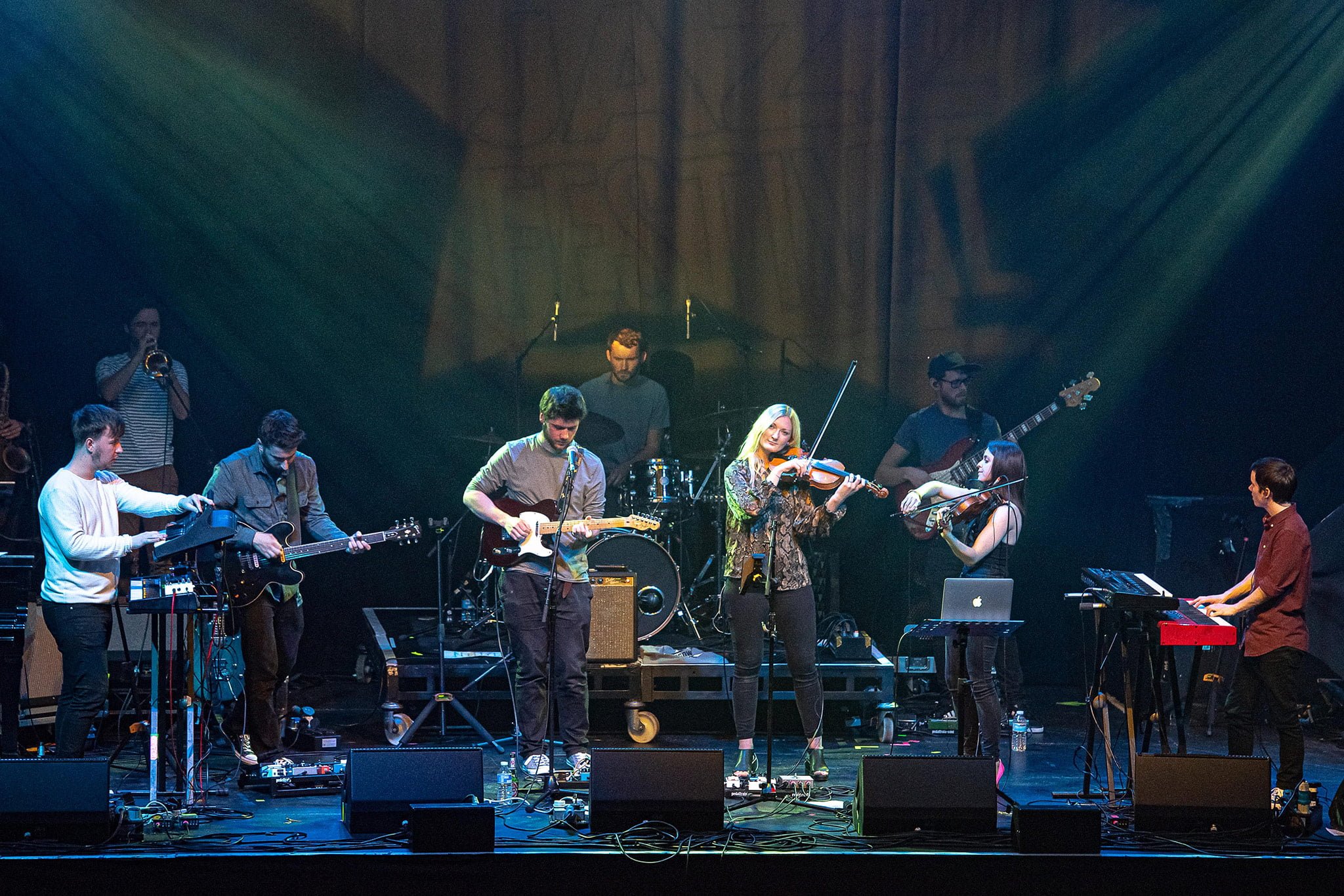 Mezcla are a Glasgow based jazz-fusion ensemble attracting attention for their soulful blend of eclectic jazz and infectious grooves. Led by David Bowden (Former BBC Young Scottish Jazz Musician of the Year), the line-up features some of the best of Glasgow’s vibrant young jazz scene. The name means ‘mixture’ and the band fuse a broad range of influences from jazz, funk, rock and world music into one voice. The Mezcla sound is distinguished by uplifting melodies, shimmering textures, and visceral improvisation.

The band released their debut album ‘Shoot the Moon’ on Ubuntu records to critical acclaim – including ‘Best Band’ and ‘Best Album’ nominations at the Scottish Jazz Awards. The album also made the SAY Award longlist for the top 20 albums in Scotland across all genres. Performance highlights have included BBC Music’s Biggest Weekend, Belladrum Festival, Celtic Connections and London Jazz Festival.

“A get-on-the-good-foot, Saturday-night romp with an enthusiastic embrace of
African, Latin American and funk musics” –  All About Jazz

Tickets
Back to 'What's On'